When Emerald Pham, a longtime user and active member of our forum, let us know that she’d used Hookpad while writing a musical for her college thesis, we knew we had to hear the entire story. 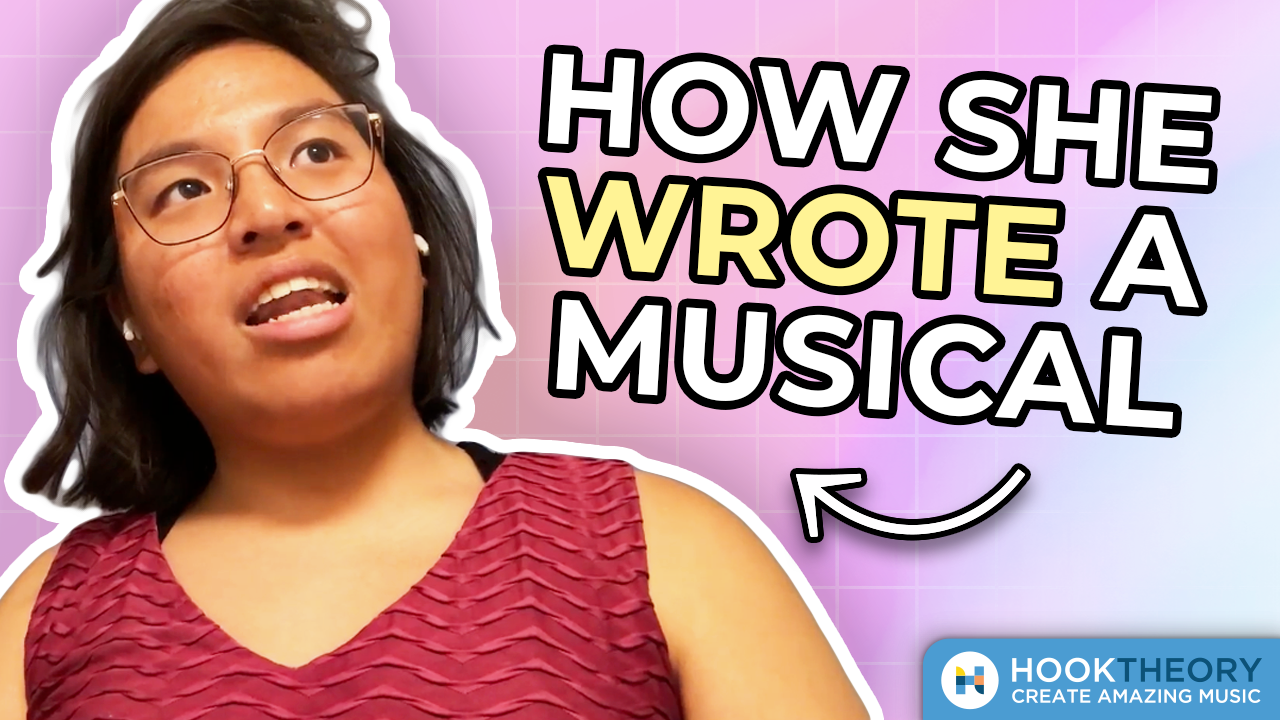 Here at Hooktheory, we’ve strived to make music theory inviting and accessible for over a decade. Throughout the years, we’ve loved hearing how our users have applied our resources to their unique creative journeys.

When Emerald Pham, a longtime user and active member of our forum, let us know that she’d used Hookpad to write a musical for her college thesis, we knew we had to hear the entire story.

It turns out, Emerald’s accomplishments go beyond the (immense) task of writing a musical. Here are some of our main takeaways:

Emerald is seriously determined… and humble

Emerald began learning piano, and music theory as a whole, upon entering college. She didn’t initially plan to study music in school. In fact, she had a nice scholarship to study chemistry. But after discovering Hamilton for the first time, she soon changed course. Emerald decided to study theatre and music, determined to learn to make great art. By the time she graduated college, she could play piano and keep up with students who had been acquainted with music for their entire lives.

While taking her music theory classes, she utilized the TheoryTab database to narrow in on modern chord progressions and how they worked within popular music. She also read the Hooktheory music theory books before tackling the concepts in class. These books aim to talk about music theory without any of the stuffiness of a traditional music theory book, which made it easy to dive into the topics for the first time.

While Hookpad was originally developed as a desktop app, we’ve previously shared some tricks and tips to use Hookpad on the iPad.

Emerald took composing on the iPad to a new level. She used a bluetooth keyboard with her iPad and often found herself writing chords and melodies in cafeterias and coffee shops on campus — a great environment to get creative!

By the end of her final semester, Emerald successfully put her musical on its feet with a full workshop. She took time after school to continue developing the musical — especially its ending — and feels confident in the conclusion it has landed on.

Writing a musical, diving into music theory, and learning to play piano all take a lot of work and determiniation. We are so impressed with what Emerald pulled off!