It’s simple: you pick a chord (to your left), and we show you which ones are most likely to come next. 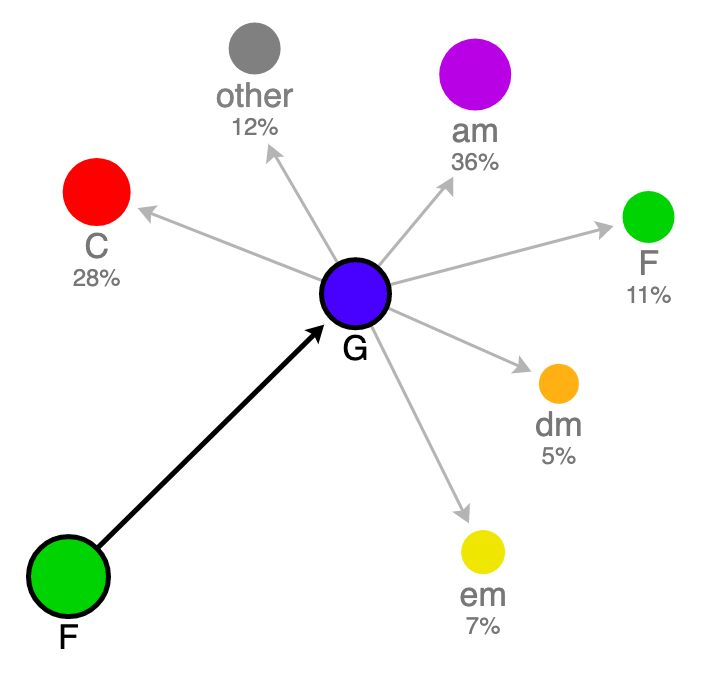 But it gets better. We also show you which songs use the chords you’ve chosen... 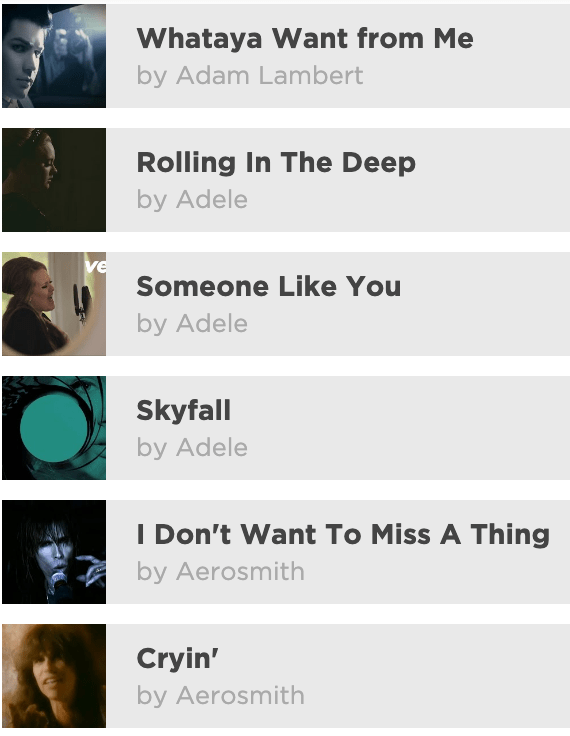 If you click a song in the list, you can see and hear exactly where those chords are in the song... 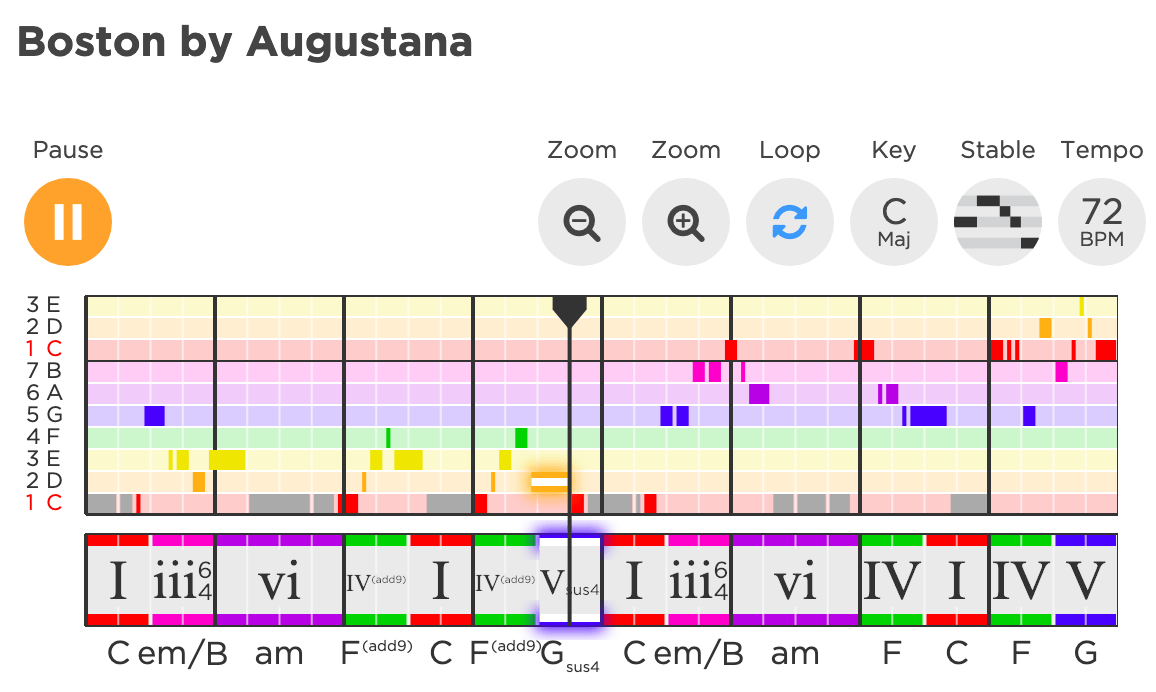 And this isn’t just about the popular chords. Some of the most interesting chords are the rare ones. Click “more” at any time to reveal rare chords and see how they’re used. 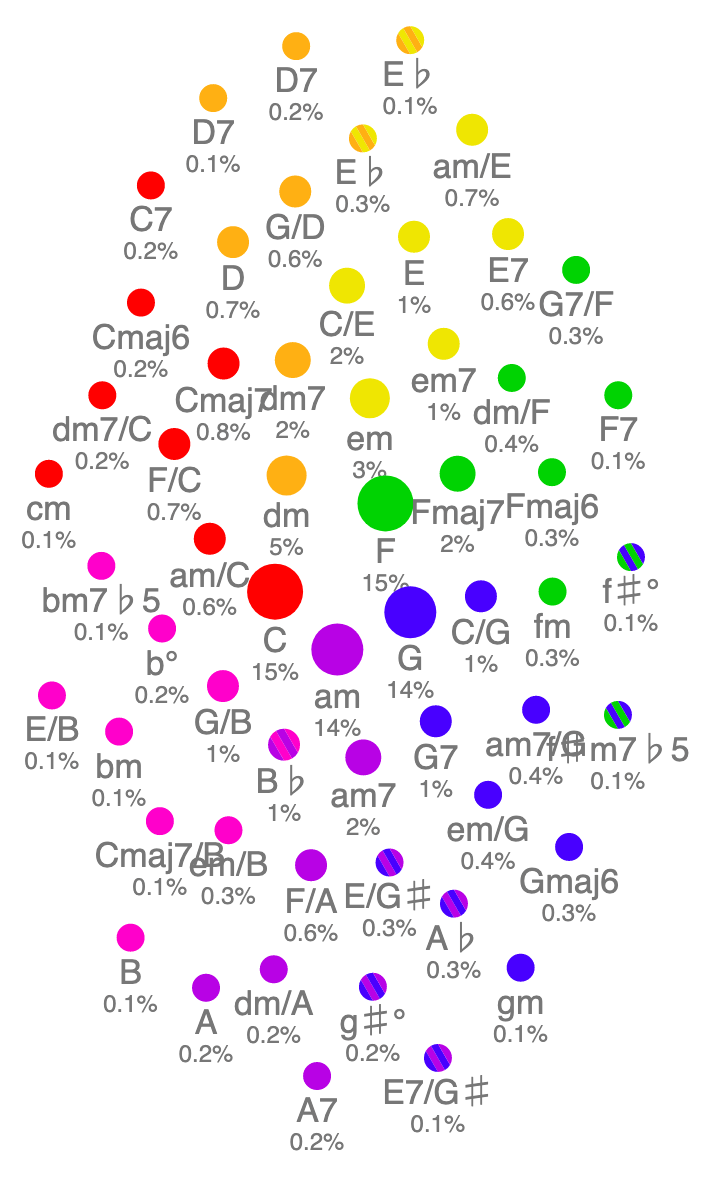 We call this thing “Trends.” Ryan had the idea for it one weekend in the early days of Hooktheory. It isn’t perfect. It has some bugs, it’s a little sluggish, and the interface is lousy on mobile. But we still think it’s pretty fun to use. The data comes from Hooktheory’s crowd-sourced chord progression database.

A few things to note:

All of the data on the back-end is “key neutral.” We do the statistical analysis as if all songs were written in the same key and then let you choose any key to “view” the data in.

We realize the limitations of this and hope to eventually separate data from different scales (e.g., Major vs. Minor vs. Dorian, etc.) but at the moment everything is transposed to the major scale equivalent, regardless of the true scale the song uses.

The default viewing key is C Major, and the options are the six most common chords used in this key. Some things you can do with this puppy:

Please rotate your device. I work best in widescreen!

This area will populate with songs containing the chord progression that you build.

The chords surrounding the chord(s) you chose are the ones that come next most often. The percentage tells you how often.