You can use Hookpad for free right in the browser (there is nothing to install). Go here to try Hookpad or click the getting started link at the bottom of the page.

Why Hookpad? The Problem With Music Composition Software

In existing software for writing music, beginners often don’t know where to start. It can be really intimidating. Even for experts, existing tools lack awareness of how music is structured.

Hookpad solves these issues by building in concepts from music theory to create a tool for writing songs that is more approachable for beginners and more useful for experienced songwriters.

Hookpad (by default) shows only the notes and chords in the song’s key, coloring each note to denote its musical function.

Hookpad also knows about chords and shows which ones are likely to work in your song. Based on the other chords in your progression, Hookpad can suggest where to go next and can provide a guide for what notes might sound good in the melody above each chord.

Here’s a short video showing how easy it is to write a basic melody and chord progression with Hookpad:

For someone who’s never written music before, Hookpad can be a revelation. We’ve been told “it’s like Legos for music”. With Hookpad, literally anyone can write a song. Hookpad is used in 100s of schools around the world and by serious musicians and composers of all genres from classical to EDM, pop, and rock.

Here’s a live demo walking through what Hookpad can do when you combine the more complex harmonies it is capable of with its new advanced sound engine.

Type 1-7 in the chord and melody regions to get started.

If you want to play with fully editable advanced examples (from Metal and Rock, to Bach) you can also load in a demo song from the File menu –> Open a Demo Song: 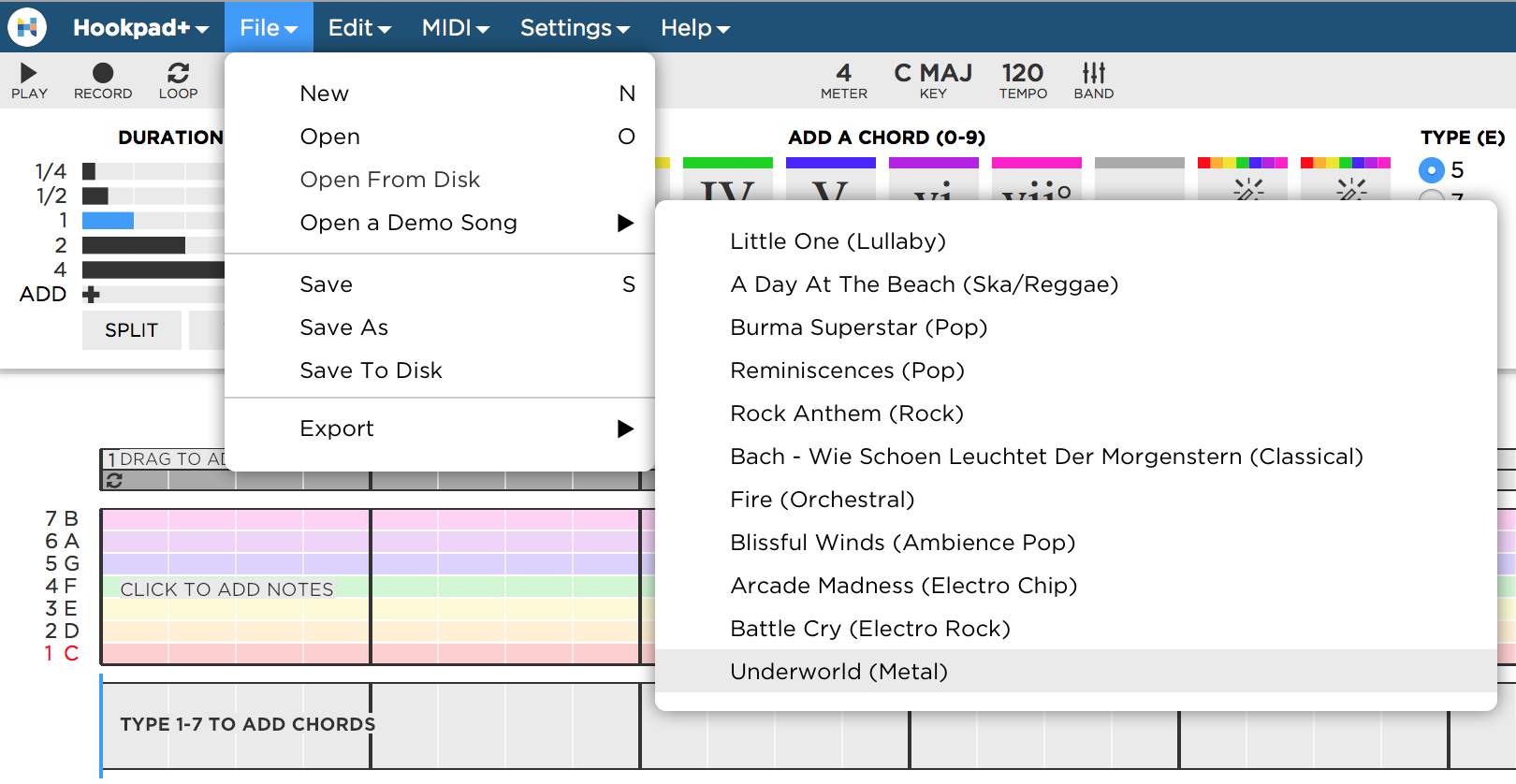